Electric cars are predicted to be the next disruptive market force for transportation and technology. They have the potential to revolutionize how energy is used, created and redirected.

Electric cars are one solution to the negative environmental impact of conventional cars. However, they have also proven to have many more benefits to society.

The advent of electric cars has called for an improvement in overall energy usage and generation. They have shown how important it is to find alternate sources of fuel and they can positively affect the environment and society as a whole.

Read on below to find out the benefits of electric vehicles, and why they’re so important.

Even cooler, electric car brakes don’t function the same way that gas-powered car brakes do: they have regenerative braking. This allows the car to charge the battery while braking!

Here’s how this regenerative braking works:

Instead of using a brake pad that converts friction into heat, electric cars run on a generator that helps to recover some wasted energy back into the battery.

One of the primary reasons for the introduction of electric cars into the market is the concern over greenhouse gas emissions and their contribution to global warming.

The purpose of creating electric cars that reduced or eliminated exhaust emissions was to help combat this issue.

The greatest impact of reduced carbon emissions is in urban areas, where millions of people drive cars.

Decreased air pollution due to the elimination of the exhaust pipe in electric cars promotes sustainable mobility. This in turn greatly reduces the negative impact of transportation needs on the atmosphere.

In addition, even if all the electricity fuelling an electric car is produced using fossil fuels, it will still be less polluting than a gas car. Why?

As we already talked about before, electric cars are a lot more efficient than ICE cars. This means less energy is needed for electric cars to run than traditional gas cars.

And anyway, we should be focusing on going towards 100% renewable energy in the future. We can’t continue to look only at the present, or else there would be no innovation in the world.

Better for the Environment

Overall, electric cars are significantly cleaner and safer for the environment than traditional gas cars.

Electric cars don’t require drilling for oil (for fuel). Furthermore, they don’t release tailpipe exhaust and they are super quiet too.

The greatest risk to the environment from gas-powered cars has been air pollution and depletion of the ozone layer from emitted chemicals. Not to mention the oil and radiator chemicals that occasionally leak. These chemicals seep into the soil and water supply thus harming plants, wildlife and eventually humans.

While the metal parts of electric cars are not completely environmentally friendly and must be disposed of in a conscious way, these parts do not cause environmental damage while the cars are being used.

Parts unique to electric cars, like lead or lithium batteries, do not promote smog, air pollution or water contamination either, while in use.

As long as they are disposed and manufactured in a responsible way, the overall impact of car batteries and electric cars will be positive on the environment.

The widespread introduction of electric cars has the potential to improve public health. Here’s why:

One of the biggest negative impacts of internal combustion engines is the exhaust emissions. Not only does it smell, but it’s dirty and filled with harmful gases.

Millions of cars over the last century have contributed to air pollution and decreased quality of life for many people.

On the other hand, electric cars do not emit as many harmful gases as gas vehicles, and thus do not contribute to the presence of gaseous chemicals in the air. With less air pollution from cars, air quality has a chance to improve which in turn will lead to improved health.

Pollutants found in car exhaust cause health complications like asthma and bronchitis. The chemicals, like carbon monoxide and benzene, block oxygen from entering the body’s vital organs and are linked to some cancers.

Electricity generated to fuel electric cars and homes must come from somewhere. Often, it comes from oil or coal but it can be generated by solar, wind, hydro, nuclear or biofuel sources.

The increased demand for a constant and reliable energy source for electric cars allows for the growth of renewable sources of energy, like solar and wind.

While oil prices fluctuate greatly, the price of solar and other renewable sources of energy stay quite constant. In addition, there won’t ever be a shortage of solar power, unlike the oil shortages that plaque the world.

This means that electric vehicle charging stations are more likely to buy electricity from renewable energy sources that are consistent and reliable. This is already true with many EV charging networks, like the Tesla Supercharger Network.

The reduction of fossil fuel emissions through the use of EVs will also help prevent economic damage due to climate change.

Climate change causes a lot of damage to the global economy. For example, increased temperatures cause many natural disasters like droughts and hurricanes, which cause vast damage.

Electric cars not only fuel economic growth, but also reduce the damage of a severe climate on the economy.

Electric Vehicles are getting more and more Affordable

While electric cars have a higher initial cost than gas cars, they are usually more affordable in the long-term. In an overall cost-of-ownership view, EVs with similar features as gas powered cars are a lot more affordable (for most people).

What’s more, electric cars are getting cheaper and cheaper, and battery manufacturing prices are falling too. This means EVs will get even more affordable in the future.

It costs a lot less to maintain an electric vehicle than a traditional gas vehicle.

Since electric cars run simply on a battery and electric motors, there are very few mechanical parts that have the chance of breaking. This means less replacement costs in the future.

In addition, because EVs have no engine, there is no need for regular filter and oil changes.

Overall, electric cars are significantly easier to own and maintain compared to traditional cars. This ease of ownership can negate the price of obtaining an electric vehicle for budget-conscious shoppers.

It costs a lot less to fuel electric cars than gas powered ones. Let’s do a fuel cost comparison, assuming electricity costs $0.11 per kilowatt-hour (kWh), and gas costs $3 a gallon.

An electric car like the base model Tesla Model 3 (costing US$35,000 before incentives) has an EPA-rated range of 220 miles. With a 50 kWh battery, this EV would cost only about $5.50 to fully charge.

On the other hand, a gas car like the Toyota Corolla has a 31 mpg fuel economy. This means that it would cost around $21 in fuel to go the same 220 miles in this ICE car.

Overall, an average driver could save approximately $860 a year on gas costs when they switch to an electric car. Some people may save even more!

The more you drive in an electric vehicle, the more you save on fuel compared to a gas car. Over the long term, this helps to balance out the slightly higher cost of buying an EV.

The increased demand for electric cars has encouraged auto makers to get better at making them. This encourages innovation and economic growth.

To make electric cars available to more citizens, they have to be more affordable while still maintaining exceptional function. This can be achieved by only by improving the technology and materials used to make these cars. Having more technology that can provide clean energy makes it possible to envision clean energy for other vehicles like ships and jets.

Electric cars have introduced a future in which green technology is in high use and demand.

Because they are not perfect, people will keep pushing against them. In turn, car and energy engineers will be motivated to progress with the technology until electric cars are truly making the impact they were promised to make. New challenges and questions, such as what to do with old electric car batteries, only fuel more discovery and learning and thus more solutions.

The battery, the primary component of electric cars, is a top concern among critics because they have a limited lifespan. They are also toxic if disposed of incorrectly.

Because electric cars were not only created to be economical, but also ecological, scientists and engineers are encouraged to find solutions for the battery problem.

Whether that solution is effective recycling, creating new types of batteries or something new, the existence of electric cars pushes for progress and societal improvement.

In conclusion, the overall impact of the electric vehicle revolution will benefit society.

In the future, it is likely that all cars will be electric. In fact, there are already pledges in place by many car manufacturers to have a full electric fleet in only a couple decades.

We are in a new era of transportation, where cleaner cars (that are also affordable) aren’t a thing thing of imagination.

Embracing this EV revolution will not only help our environmental problem, but also benefits public health and fuels technological innovation, which is the backbone of society.

It’s time to embrace the change and look towards our future.

This post was written in part by authors at DMV.com. 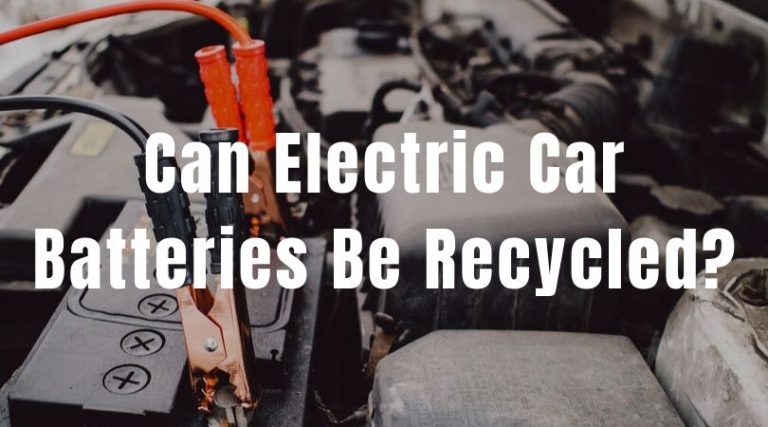 Modern electric car batteries are massive lithium-ion batteries, which are recyclable. Depending on the recycling process, up to 100% of the lithium in the battery can be preserved. Most of the other battery components – metals like copper and iron – are also easy to recover, regardless of the recycling process. However, by the time… 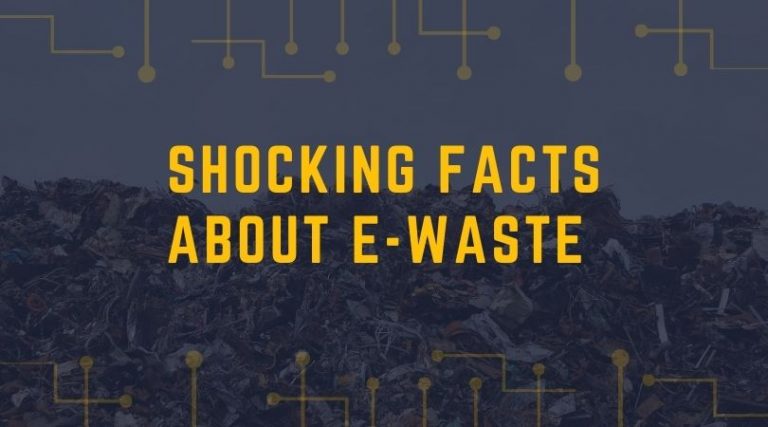 The United States produces the largest amount of e-waste in the entire world. There are dangerous consequences to simply throwing out your old phone, laptop, game system, even microwave. All of these devices can cause terrible damage to the planet if not disposed of correctly. We want to help you to become informed of the… 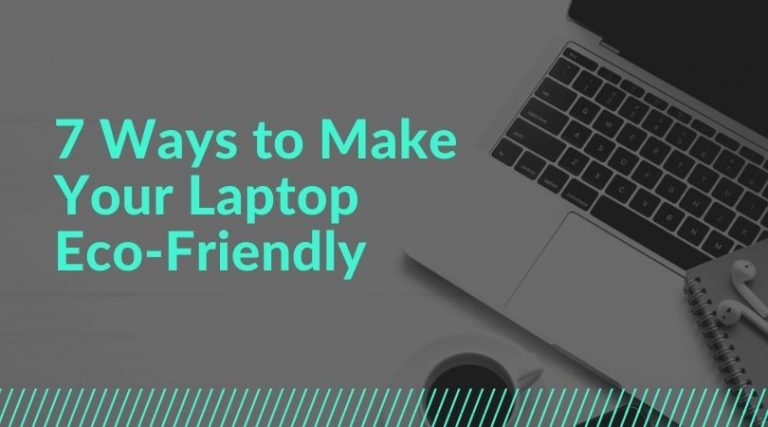 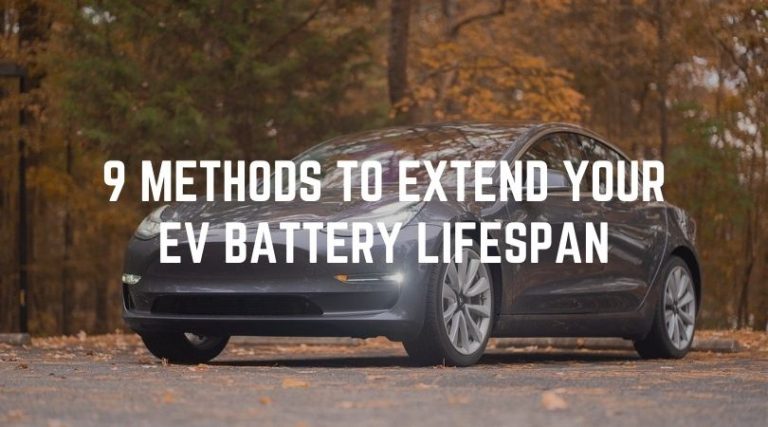 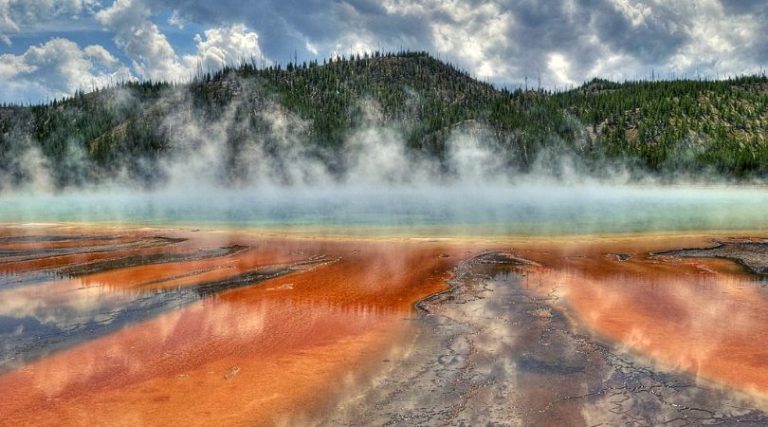