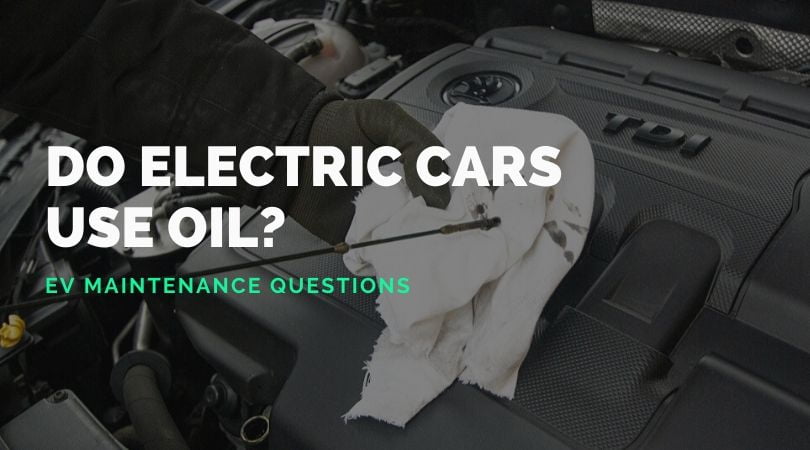 The short answer is no. Electric cars do not need any traditional oil changes that are required for a gasoline car. Electric cars use a completely different drivetrain than their counterparts, and for that reason, you’ll never have to worry about this particular maintenance task.

But that doesn’t mean that electric cars are above maintenance. If you’re considering an investment in an electric car, you should understand the maintenance needs of the vehicle before proceeding with a purchase.

Just like a combustion-engine car, you can expect to visit your dealership at regular intervals, but the types of things being worked on and the costs are different. So what should you keep in mind? I’ll talk more about that later in the article.

Note: If there’s any specific section you’d like to read, you can jump to it by clicking the link in the table of contents below.

Electric cars have no need for engine oil because they use electric motors, not combustion engines.

Traditional gas cars require oil to lubricate the vast number of moving parts in their combustion engine. The pistons, valves and other moving pieces of an engine need to glide smoothly past one-another at very high speeds, so oil is added to the engine to lubricate these close-tolerance interactions.

The animation below shows all the high-speed moving parts in an engine that must be lubricated using engine oil.

Adding oil to an engine allows it to run without overheating and seizing. After a while, microscopic metal flakes that accumulate in the oil from all that metal-on-metal contact needs to be removed, so you drain the old oil and add fresh, new oil to keep the engine running well.

But in an electric car, none of this takes place.

At its most basic level, an electric car moves using a battery and an electric motor. There are no engine pistons, valves, or other moving parts that need to be lubricated, so regular oil changes are not necessary in an electric vehicle.

Naturally, this means that an electric car requires less maintenance in general than an ICE car. 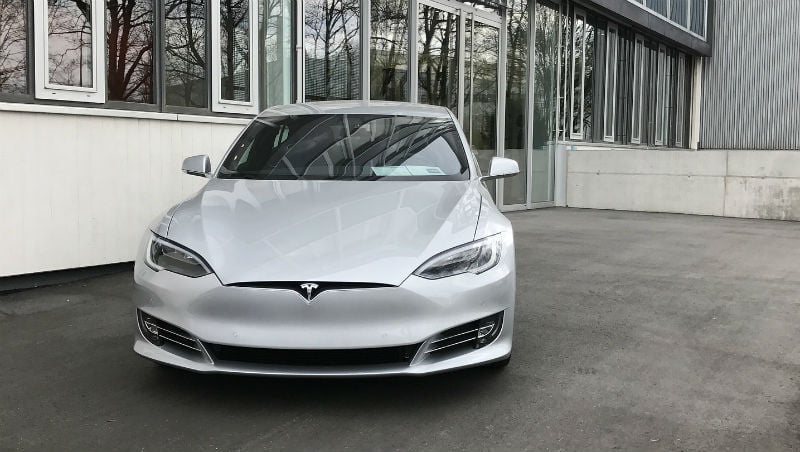 But there are still parts in an electric car that require some regular maintenance.

The coolant level for the car’s battery, cabin heater and power inverter should all be checked. While the cabin heater could be a minor issue, the other two components are extremely critical.

If you’ve ever seen a story about an electric vehicle catching on fire, it was probably the result of the owner allowing the battery to overheat. So keeping the coolant levels high is in your best interest.

Current Tesla cars (and almost every other EV as well) do not use a transmission, so the same type of fluid-check maintenance your ICE car gets to replace transmission fluid isn’t needed.

However, Porsche’s new all-electric Taycan breaks new ground by introducing a two-speed gearbox, and that will presumably need service. So, if more EVs with transmissions are built, you can expect to add transmission fluid changes to your normal EV service.

While electric cars use brake pads, they rarely need to be changed because the regenerative braking system on EVs reduces the wear on brakes by converting the kinetic energy of a moving car into electric energy to the battery.

Essentially, the regenerative braking system is the primary means of slowing the car down, reducing the amount of wear on brake pads.

The regenerative braking system on EVs is a vital part of the vehicle’s power generation equipment. Typical service for an EV involves ensuring that the braking system is functioning properly, which is important because in addition to generating power, this is also your primary means of slowing the car down. There are major safety implications, so your brakes should be checked regularly.

Maintaining the Software in your Car

Software is an important component of the power-management system in an EV, and there is a similar engine management system in place on all modern ICE cars. However, Tesla has set a new precedent by making software updates at the dealership unnecessary.

Instead, they’re able to send over-the-air updates to cars, providing new features and efficiency-enhancing tweaks to battery management. Just cross your fingers that they get it right since a few bad updates have been sent in the past.

Aside from these few items, EVs are easy to own in the short-term because maintenance is relegated to basic items like ensuring that door hinges are lubricated and tires are aired up to the proper levels (just as you would do for a traditional ICE vehicle).

However, there are a few long-term concerns to keep in mind.

How long would you consider owning a conventional car? Three years? Five years? Ten? You probably don’t plan to keep a car for ten years, and if you did you might expect some major maintenance needs. This is where things can begin to get costly with an EV.

Around every seven years, a major coolant service is needed. This involves draining, cleaning and refilling all of the car’s coolant lines. The car’s power-transfer circuitry will need to be examined and there may be the need to replace some of the electrical componentry related to the battery, inverter and electric motor. These are major services.

Perhaps most disturbing is that the battery in your EV could need replacing at around twelve years of consistent use. Now it’s not unheard-of for an ICE car to need an engine transplant, but with proper maintenance, an ICE engine can run for upwards of thirty years. With a little luck, you can get half a million miles out of a well-kept ICE engine, maybe more. 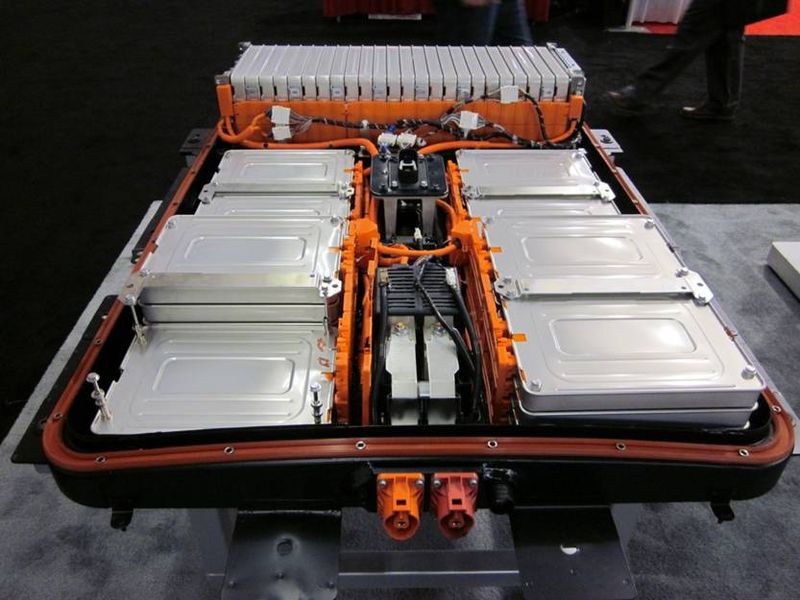 Experts say that electric cars will be able to reach an average of 300,000 miles of life in the next few years. At this point in the car’s life, the battery would be reduced to about 70% of its original performance, a level experts assume would frustrate drivers enough to consider the battery done-for. The cost of a new one? Between $1000 and $6000 installed. That’s about the same as replacing the ICE engine in a conventional car.

Will You Save Money Owning an EV?

It’s possible, depending on what sort of conventional car you transition from. A very reliable and efficient car, something like a Honda Fit, is cheaper to buy and possibly cheaper to own than a Tesla or a comparable upmarket electric car.

However, if you’re coming out of a feature-laden luxury car like a BMW or Mercedes, it’s very possible that an EV is a fiscally responsible alternative. If you live somewhere with good access to chargers and understand the implications of finding somewhere to charge if you need to drive past the car’s roughly 300-mile range, it could be the perfect car for you.

Just make sure that you replace it with a new one about seven years after buying it. Let someone else deal with the whole new battery business or the math could stop working in your favor.

Car Recycling: Everything You Need to Know (With Statistics)

Solar: All You Need to Know about New Jersey’s SREC Program

Hi, I'm Hugh, and my mission with Get Green Now is to raise awareness of environmental issues and teach people how to live sustainably. This blog covers a variety of topics including plastic pollution, renewable energy, electric vehicles, and much more.