Microplastics are plastic debris that measures less than five millimetres, or 0.2 inches, in diameter. These tiny plastic particles have been found in our oceans, soil, and even in the air.

According to the United States National Oceanic and Atmosphere Administration, microplastics are so small that they move straight through water filtration systems, only to end up in our oceans.

While microplastics have existed for at least the last 50 years, we haven’t started noticing a problem until about 2012. It’s natural to assume that since these plastics are so small, they don’t pose a risk to life. The truth, however, is that we have created so many microplastics over the decades that they’re now too big a risk to life for us to simply ignore. To attempt combating them, we have to know their source and figure out how to stop adding more to the environment.

There are two kinds of microplastics: primary and secondary. Microplastics in the primary category are extremely small plastics that we created intentionally for various reasons.

One such popular microplastic comes in the form of microbeads. Microbeads are very small plastic spheres that were commonly seen in cosmetics, toothpaste, soaps, face washes and many other toiletry materials. (They were mainly added to help with exfoliation).

These days, we’ve managed to cut down on primary microplastics, especially the kind that aren’t necessary, like microbeads. However, microplastics are still used in biomedical research as well as air blasting technology to clean paint and rust from metal.

Microbeads only make up about two percent of the world’s total microplastics, but cutting down on waste anywhere is a major step forward.

Secondary microplastics were not intentionally created but have still found a way to exist.

These microplastics form when larger pieces of plastic or debris break down over time into the tiny pieces. For example, as a piece of plastic debris is exposed to sunlight and the weather elements, it’ll break down into smaller and smaller pieces.

While secondary microplastics can vary in shape and size, they’re not necessarily easier to manage.

The main sources of secondary microplastics are pollution and waste that haven’t been managed correctly.

Luckily, over the past few years, we’ve managed to regulate the disposal of waste a little better. However, waste is still disposed of incorrectly from time to time. Sometimes the waste is even unintentional, like when a tropical storm or hurricane sweeps debris into the ocean.

There’s also a third category of microplastics that some people adhere to. This third category is between the primary and secondary, where microplastics intentionally originate from human use of a product. Common sources are tires and synthetic fibres from machine washing.

Plastic debris in our environment is already difficult to clean up, but the process is much more possible with regular plastic than it is with microplastics.

On land, microplastics blend in and practically become part of the earth, making cleanup efforts practically impossible without completely disturbing the land and soil.

Oceans are even more difficult to clean than land. Our filters allow tiny microplastics to pass right through them, so catching them in a net is out of the question. We’re advancing our technology enough to deal with microplastics, but the amount of waste in our oceans grows exponentially every year.

Thankfully, there so far seems to be little effect on the human body from microplastic exposure. That, or the effect takes so long that we’re already beyond our lifespan before these issues become visible.

Microplastics in our food are also surprisingly common. For example, plastic teabags release about 11.6 billion microplastic and 3.1 billion nanoplastic particles in hot water, according to a Canadian study.

There are also concerns regarding premade, packaged foods containing microplastic particles. As said, they don’t seem to have harmful side effects on humans, but the rate of consumption is worrying regardless.

Furthermore, seafood (like shellfish) is another large source of microplastics in humans. You can learn more about microplastics in seafood, and how to avoid them in this article: 8 Ways to Avoid Microplastics and Why It’s Important in 2019

Danger to Animals and the Environment

According to National Geographic, about 9 million tons of plastic waste go into our oceans every year. These plastics eventually break down into microplastics, and the process doesn’t take very long out in the ocean. Sometimes it happens within a single day or week. The plastic infests our ocean, which in turn infests our food, leading the microplastics right back to us.

If microplastics themselves weren’t enough of a danger on their own, they also pose a more hidden threat. These plastic particles can bind with harmful chemicals in our oceans, leading marine life to ingest all the harmful substances at once.

Efforts to Lower the Rate of Microplastic Production

In 2015, the United States passed the Microbead-Free Waters Act. This bill forced the Federal Drug Administration to ban plastic microbeads in cosmetics by 2018 and to ban the manufacturing of microbeads by 2017. The United Kingdom also banned microbead production and sales in 2018. The EU plans to place a similar ban on all primary microplastics by 2020.

While the cleanup effort is and will continue to be tremendous, what we can control is the purposeful production of these microplastics like microbeads. The more we learn about microplastics and the harm they create, the more we understand how to avoid putting them into the environment in the first place.

Humanity needs to work on a lot of different fronts to successfully cut down our rate of pollution. Initial production and proper waste disposal already have laws in place to help lower the rate of microplastic production, but there’s already too much in the environment to simply ignore.

Secondary microplastics are also a massive concern. Cleanup efforts are going to take time to improve as our technology gets better. Until then, we must do what we can with what we have, including picking up the trash left behind in our oceans and trying to dispose of them by better means. Time will certainly help the process, but only if we continue to remain vigilant in the fight to keep our planet thriving.

This week’s tip is to unplug electronics when not in use. Some electronics like T.Vs use electricity as long as a power cord is plugged in, even if the device is turned off. This happens because a T.V and similar devices have a standby mode, which allows them to turn on quickly. That means that even if a device is… 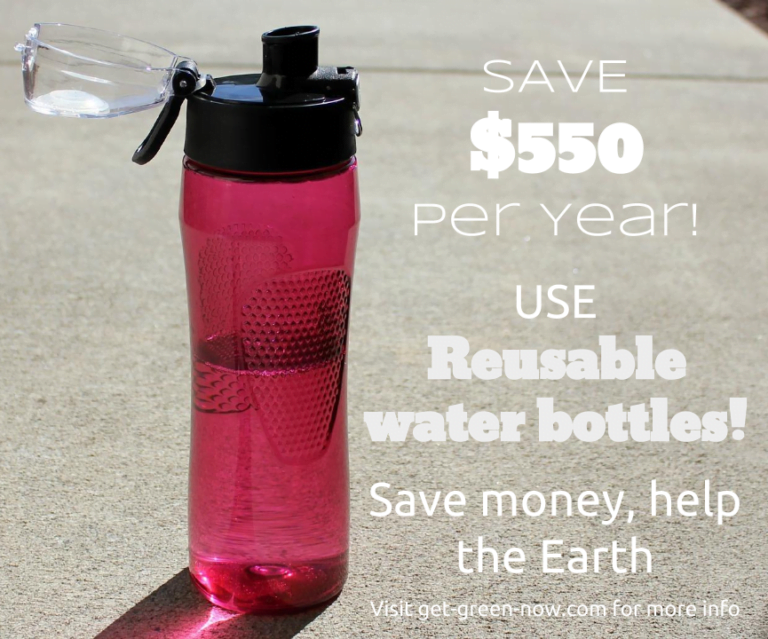 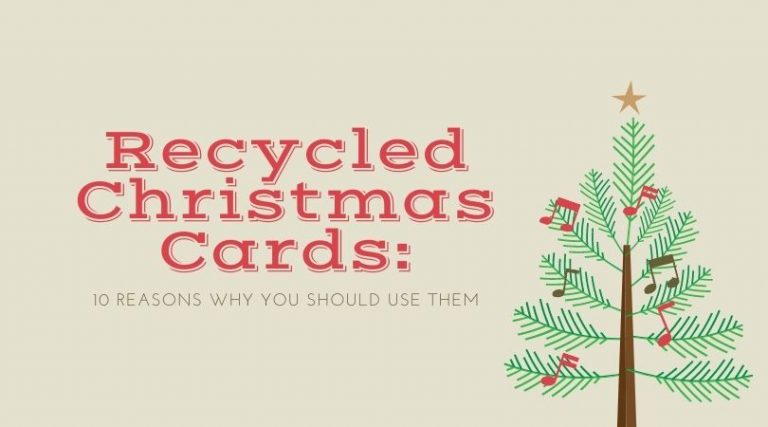 During the festive season, everyone loves to receive a handwritten Christmas card with a thoughtful message written inside by family members, friends and acquaintances – especially if they live some distance away. Due to the cost and the impact on the environment, fewer people are maintaining the once popular tradition of sending Christmas cards via… 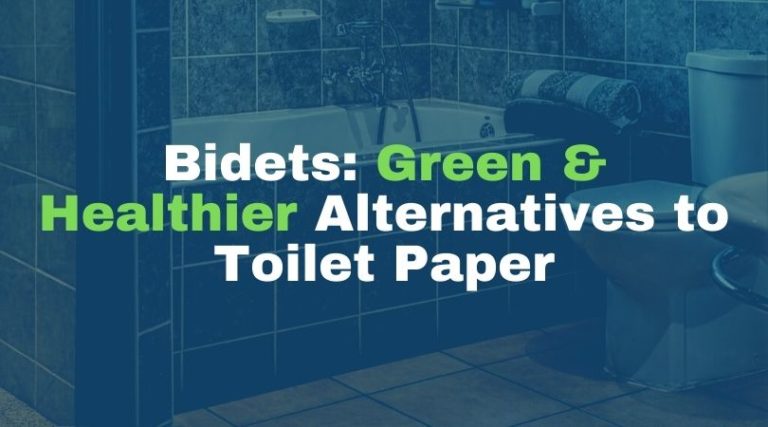 Famous YouTubers like Mark Rober and Mr. Beast are on a mission to help the Earth by planting 20 million trees. But if you’re not a famous YouTuber and you can’t feasibly plant 20 million trees on your own, you can still greatly help the planet by investing in a bidet.  Say what?! It’s true…. 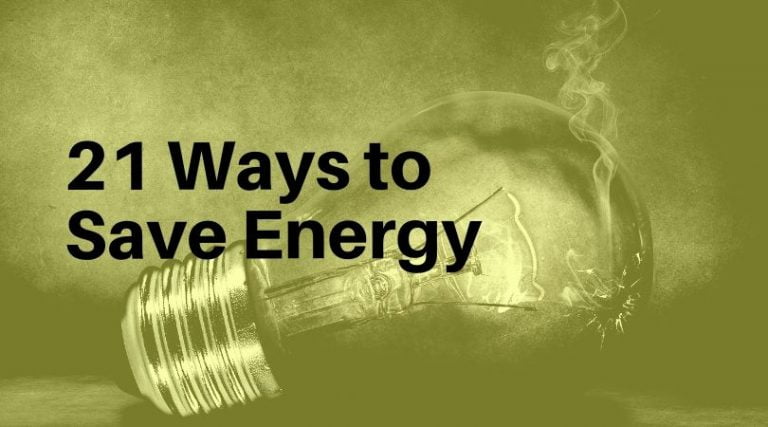 Conserving energy is a great way to help the environment and save a lot of money at home too (from electricity and utility bill savings). In this article, I’ll be showing you some of the top 21 ways you can make your home more energy-efficient, and conserve energy at the same time. I’ll also be…